May the Force be With Us.

May the Force be With Us. 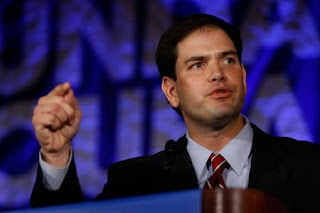 The real battle in 2010 for the primaries and the general election will be fought over whether the public wants Liberal or Conservative ideologies to prevail.
This battle will be culminated in the Republican Party and starting anew (think Blue Dogs) in the Democrat party.

Ironically the Democrat Party due to its sweeping victories in 2008 is stuck in the trap of not daring to be too critical of the Democrat leadership of Obama Reid and Pelosi. Those Dems unwilling to take a stand against the Liberal wing will pay the price in the upcoming elections. Some like Parker Griffith made the change legal. Others candidates are feeling the heat and deciding 2010 may not be the time to run. The recruitment of candidates for the Democrat ticket is falling apart.

The real civil war now being waged is for the control of the Republican Party. The attraction of the Conservatives is that they offer the public a clear vision of how they want to govern – a clear choice. That vision is the opposite that resides in the Liberal ruling wing of the Democrat government.

For a Republican in a state race not to make this an issue tells me that candidate is in the moderate wing of the Republican Party and stands for the status quo.
The state candidate that makes the point that he or she is against the Liberal wing of the Democrat party is offering the same clear choice to the voter not only in the primary but in the general as well. If a candidate is for transparency in the Obama administration should he not be for transparency in the state, county, village and school system?

If a state candidate is against the Obama administrations attempt to mandate state spending should he not feel the same in their state and be in favor of state rights?
Should not one action necessitate a similar action on the other level?
Should a candidate’s principle change with what level of government they are talking about?

As always, the people in the middle of the spectrum are the ones that will decide the general election. They did in the NJ and VA governor races earlier. The public have seen the end result and is well aware of how the Liberal vision tries to cure the problems of mankind. In Michigan for example a quick look at Detroit will showcase failed Liberal policies. They were elected to cure education, to fix the economy, get jobs and make life easier. They tried to do that through National Policies. The Federal approach hasn’t worked; way too many middlemen to be corrupted. The people knew it.

Both National parties have fallen under the spell of the Federal approach. The battle being waged within the Republican Party is between the conservatives who want to decentralize the Federal government, and the Moderate wing who likes things the way they are.

The Conservatives were stymied and broken because they tried to fix the party from within. They too fell under the Beltway spell and most of the leaders of the movement and the party act like the elites they claim to be against. They too forgot the people.

Then the Tea Party thing erupted. Finally there was a chance for real everyday Conservatives to voice their opinions. Well they did and they did it loudly. In my Michigan, Republican County group as we were struggling to get 20-30 people to attend a meeting, the Tea Party protest last April greeted hundreds. A county north of us has regularly by a large margin higher attendance at the monthly Tea Party meeting than the Republican meeting. In their County they have basically merged in all but name. A lot of the members of the County Republican Executive Committee are Tea Partiers.

The Republicans Nationally to their discredit have just now started to wake up to the idea that maybe the Tea Party people actually stand stronger behind basic Republican ideals than most Republicans in office do. The Tea Party to their credit hasn’t tried to form their own Party even though polls indicate they could beat both parties.

The middle is getting enthused and is making a statement. The question is who will listen. The middle too is making their heroes. They tried and nearly succeeded in NY 23. They helped elect Jason Chaffetz in Utah who unseated a popular incumbent in the primary. Chaffetz won not by money, he was outspent 6-1, but by volunteers – he had 1,000 of them. He offered a clear choice from the other incumbent Republican to the voters and they backed him. Now that is real grass roots action. That is attracting the angst out there and directing it to a constructive purpose.

When Rep. Pete Hoekstra used his power on the national stage to keep GITMO detainees out of Michigan and berated the President’s policy of closing GITMO in the first place. That not only resonated with state voters but made them proud to see their own standing up to the Federal government protecting them.

When Mike Cox, Michigan’s Attorney General signed on to a petition to sue the Fed because Obama’s health care would give Nebraska money at the expense of Michigan. He was fighting a National Issue and related it to the State and the people admired the effort. He stood up to a national pay to play scheme.

Both Pete Hoekstra and Mike Cox are in the Michigan Gubernatorial Republican Primary. Both are using their state positions to show that they are consistent in their philosophy of the place of government in our lives. I see nothing wrong with that.

The real battle is better exemplified in the California Race. A Florida Senate Seat is open in 2010. Republican player and Governor of Florida Charlie Crist was thought to have a lock on the race. He was even mentioned in 2008 as a possible Republican choice to run for the Presidency. But Marco Rubio with impressive State Republican credentials of his own is running in the primary against Crist. The Tea Party Political PAC has teeth and is endorsing Rubio. The main negative to the PAC, Crist was for health care reform and Cap and Trade.

Rubio is no political novice. He is young but a seasoned political fighter learning his trade in the Florida State House as Whip and Majority Leader. As the article said “the goal of the PAC is to promote liberty-minded candidates in their election bids and to expose and defeat corrupt politicians”

The battle ground will be tested before all this happens. As in NY23 where a “nobody” candidate Doug Hoffman, with Tea Party Support forced Republican Party backed Scozzafava out of the race and came close to winning the general special election; there are two more special elections coming up in Jan 2010 that will test the ability of the Tea Party and Republican Party to work things out.

Reading through the article I got the sense that at the state level the GOP is learning to adapt and that the Tea Partiers also are using some common sense in their deliberations. The individual Candidates and local politics are still the driving force in both parties. In an off year, it is rare to see the National Party move until after the election. Notice too how there is a battle for the “grass roots” support.

Those two national elections will, depending upon the outcome tremendously hurt or help the Tea Party cause. The special elections, then the primaries can shape the Republican Party for years to come.

2010 will be an interesting and exciting year. What will determine things is the question independents have to ask themselves; will I decide to get off the fence and do something?

Regarding the National Party and the independents, Newton’s first law of physics stating an object at rest remains at rest…. comes into play. Well the Republican Party is at rest that much seems certain. But take heart the physics is on our side in regards to moving that object; the force needed is relative to the size or mass of the object to be moved. The Republican Party has and is proving to be large but filled with hot air and hot air has little mass. The force of the Tea Party is getting bigger and more massive.

Then see the third principle of Newton’s law.

The Tea Party is the Equal and Opposite Reaction to the current wave of BIG Government.

Newton’s First Law of Motion:
An object at rest remains at rest and an object in
motion remains in motion in a straight line at
constant speed unless acted upon by an
unbalanced force.
Called Inertia Law.

Newton’s Third Law of Motion:
For every action, there is an equal and opposite
reaction.
Called the Action-Reaction Law.

Another bit of Science claims Nature abhors a vacuum. Well the Tea Party is filling it. Hope the Republicans come along.

May the Force be with us.

Regards, Live Dangerously Be A Conservative
Posted by live dangerously at 9:11 AM No comments: Links to this post