If you're a reader and love books the passing of both Tom Clancy and Vince Flynn is a sorrowful double blow to your spirits.
If you happen to be a conservative and are action minded, then the pain of their passing becomes hard to bear, for me nearly intolerable.

I have enjoyed and read all the books of them both.  I remember first reading Clancy's "The Hunt for Red October" and as President Reagan, I too lost some sleep because I couldn't put it down.  I remember hoping this was the first of many and indeed it was.

Tom Clancy's uniqueness was found not just in the fast paced and militarily cogent aspects of his action novels, but how he merged the genre of the cold war with the world wide spread of terrorism and political intrigue.

His books were blockbusters and the movies made from them were big hits also.  Most have seen "The Hunt for Red October", "Patriot Games", and or "Clear and Present Danger".  All were Big Time movies with the likes of Harrison Ford and Sean Connery as their Stars.

While we do not yet know the cause of death, his dying will be mourned by many.  Perhaps a blessing to ease us through our grief is that there will be another novel of his writing coming out this winter titled "Command Authority".  Also there will be a movie titled "Jack Ryan: Shadow One" coming out around the same time.

Some time into the progression of my reading of Clancy's "Jack Ryan" novels I found another author.  His name was Vince Flynn who broke onto the scene with his collection of titles featuring Mitch Rapp as the fictional lead character.

The first book in the series was the Assassins, I read it and was hooked.  Mitch Rapp seemed a fitting candidate to take over for Jack Ryan in the never ending fight over good and evil.

Vince Flynn's books like Clancy’s were fast paced, factual and prescient.  These books also dealt with political intrigue at the highest levels, with terrorism running throughout. Flynn cemented the genre Clancy created.

The real sadness for readers is the relative youth of their passing.  Clancy died at age 66 which may seem old for the creative juices to be flowing but if you look back in time, Robert Ludlum (of the Jason Bourne trilogy) was writing until he died at the age of 73.  The two authors both favorites of mine were much alike and I would say Clancy took Ludlum to the next step, evolving the genre for the next generation, just as Flynn was evolving Clancy's.

The sadness becomes more stark with the passing of Vince Flynn at only age 47.  I remembered a quote from Flynn about Clancy in a recent interview.  I looked it up here it is.
“Hey, if Clancy can do it, why can’t I? They need books; somebody has got to be the next Tom Clancy.” Talk about some irony, who will the next Vince Flynn be?
http://www.atlassociety.org/tni/tnis-interview-vince-flynn

That interview truly spells out the struggles of Vince Flynn from a poor background with a learning disorder and how one can overcome all with sheer grit.

Clancy sent out and received 60 rejection slips before a non fiction Naval publisher accepted it for $5,000.

Both writers had their struggles and Tom Clancy would tell you that the keeping your dream is the key to it all.  This link to an article explains at the time the rise of Clancy as a literary force against the odds.
http://www.businessinsider.com/tom-clancys-first-book-2013-10 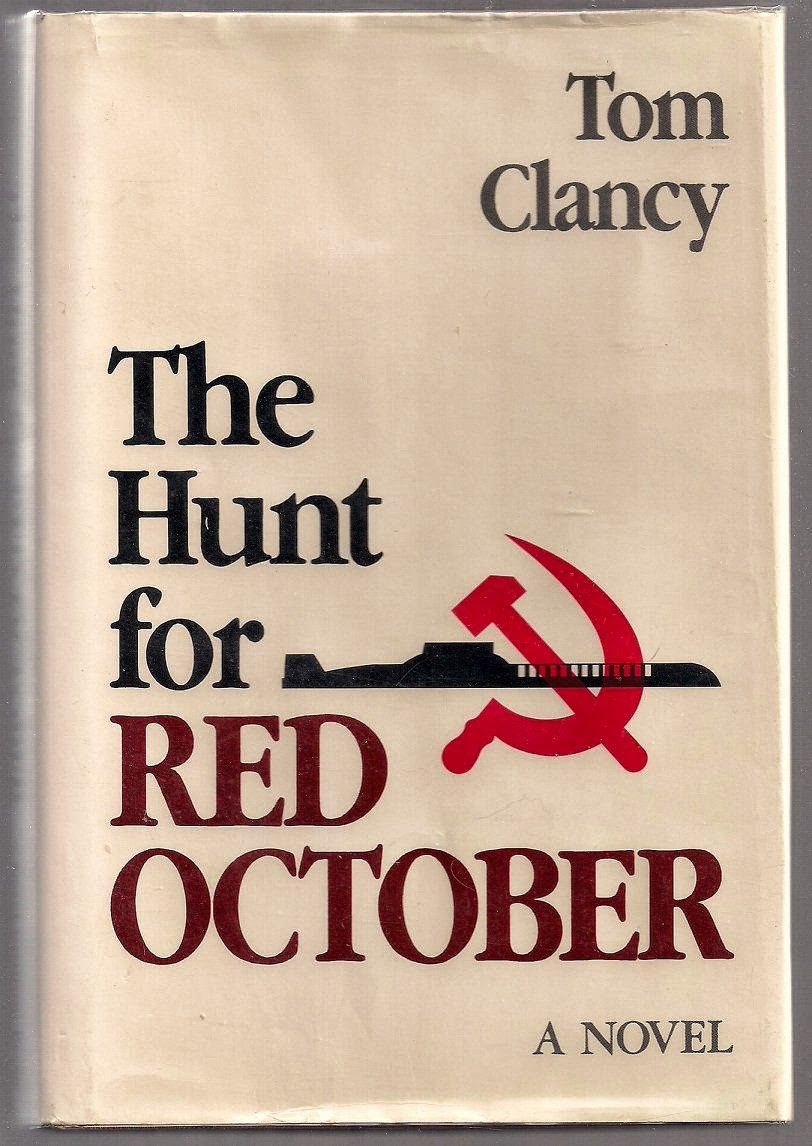 Regards, Live Dangerously Be a Conservative
Never let others dream for you.
Posted by live dangerously at 4:56 PM No comments: Links to this post