The Message Remains the Same

Freedom
Posted by live dangerously at 9:31 AM No comments: Links to this post

It Ain’t a One Stop Shopping Place. 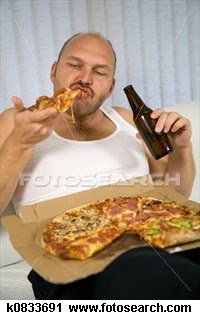 As I listened to the video of O’Reily blasting Politico co-founder on the scandalously biased if not incompetent coverage of the Tea Party movement it dawned on me that what Politico didn’t like is/was the same thing Big media and Big Parties don’t like. The Tea Party Movement isn’t Top Down, it isn’t “Big led”. It isn’t as reality isn't a one stop shopping place with easy answers and proffered news bites. Big People (read bureaucratic types) don’t like it that they have to work for the story so they ridicule and try to marginalize it.

When Jim Vandehei co founder of Politico finally spluttered out in defense of the MSM that they sent a lot of reporters to the Nashville Tea Party convention; I realized that big media finally had a "Big" event with a "Big" star where they all could meet and easily do their thing. Big parties are the same and like to deal with their own kind --- namely “BIG” One Stop Shopping Places. Call it what you will, I’ll call it sloth. Others get out there and get the stories.

The experiment of little over big in politics was started in 1776 in America. Compared to now that must have been easy. They had only a whisper as to how big and corrupt a bureaucracy could become compared to what we have today. I admit to not having the facts, but I bet the number of people working for Health and Human Services is larger than the entire population of the US back then. That is just one of today’s bureaucracies.

On top of that the King was in another country across the ocean and there were no planes or Internet. Now the king is in our country in our capital and he has all the tools of tyranny at his disposal.

That the Tea Party has gotten this far is amazing. If it overcomes the Big Three (Big Media, Big Business and Big Government) it will be the second American Miracle. This could be the beginning of a new paradigm the world will watch in awe develop. Perhaps, but it will be a lot of hands on in your face work.

Even on the sympathetic coverage of the Tea Party by PJTV’s Glen Reynolds and Dr. Helen in an interview of Gateway Pundit Jim Hoft, the same kind of disconnect occurred.

The disconnect I picked up on could be called a disconnect between doing something vs just writing or talking about it. Big Media journalists seem to be so insulated from real people and real stories and end up getting the “low down” of grass roots over latte at a sushi club. If they can’t go to one source for the story they don’t waste their time.

Dr. Helen seemed genuinely interested in how Jim Hoft went from a blogger to an activist actually getting out in the political action by doing the hard work. I get that same feeling when I’m talking with most party members. The higher up one goes the less interest you can find in getting things done at a local level.

The old adage “If you want something done you have to do it yourself” holds true and is if you think about it the perfect conservative saying. The corollary would be “Don’t hold your breath waiting for the government to do it.” That is what the Tea Party is; a whole lot of people doing what they can about it. No leader just themselves without government grants, without government regulations and they are reveling in this new/old freedom.

As with all history, the old paradigm is the new paradigm.

Individual Freedom isn't for the slothful.

Regards, Live Dangerously Be A Conservative
Posted by live dangerously at 12:12 PM No comments: Links to this post